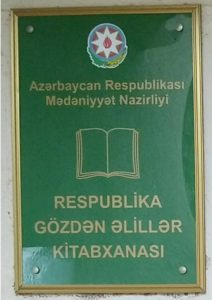 The Republican Library for the Visually Impaired was established on June 1, 1981 as the “Central Republican Library for the Blind” under the auspices of the Azerbaijan Society of the Blind. The task of the library is to provide library and information services to the visually impaired groups I and II. Mobile library services are provided to those who are physically disabled. The fund of the library consists of Braille books (books written in special fonts), audiocassettes, CDs and periodicals. The library has 771 copies of literature and 1061 readers. The vast majority of readers have a special or ordinary tape recorder for reading cassettes. From its inception until 1992, the library’s collection consisted of rolls recorded in a recording studio operating under the auspices of that society, rolls from the All-Russian Society of the Blind’s Logos recording studio and the Ukrainian Society of the Blind’s recording studio, and Braille books. After the collapse of the USSR, no book on the political and economic situation was included in the fund. Under such conditions, ie since January 1, 1994, the library was subordinated to the Ministry of Culture of the Republic of Azerbaijan and was renamed the “Republican Library for the Blind”. Since 1999, relations with Russia have been restored and new books have been obtained. In 2002, he started writing books in the national language in the studio established at the Azerbaijan Society of the Visually Impaired, and in 2006 he started publishing books in the Braille language in the newly established printing house. At the end of 2004, a major overhaul of the library began, and in 2005, after the renovation, it was inaugurated. During the renovation, the library was equipped with new technical equipment, as well as a modern recording studio was established. The library with 20 employees is located in the basement of 262 m2 at the address: Baku, 2nd Peace Circle, house 2. The library is open 6 days a week from 9:00 to 17:00. The day off is Sunday. In March 2006, the library was renamed the Republican Library for the Visually Impaired. 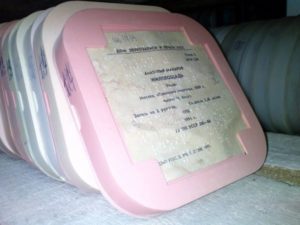 In order to further improve the library and information services for the visually impaired, there was a need to centralize the libraries and sound libraries located in the facilities of the then Azerbaijan Society of the Blind in Baku. Such libraries also existed in the former Soviet republics. Therefore, in accordance with the decision of the Presidium of the Central Department of the Society of the Blind of the Republic of Azerbaijan dated May 23, 1980, No. 11, an order was issued to establish the Central Library of the Republic. On June 1, 1981, the library was opened. However, due to financial difficulties in the budget of the Azerbaijan Society of the Visually Impaired, it was not possible to pay the library staff and purchase new “talking books”.

The main task of librarians in the library, which covers all age categories, is an individual approach to readers. It takes into account the reader’s level of vision, the degree of adaptation to the object, and other special factors. Mobile library services are provided at home for readers who live alone and cannot move freely. Also, if students have a subsequent disability, they are taught the Cyrillic and Latin Braille alphabets, and are taught the use of computers equipped with Caus screen reading software. The library has 1,200 readers. During the last 5 years, 25 readers of the library were admitted to higher and secondary special schools. 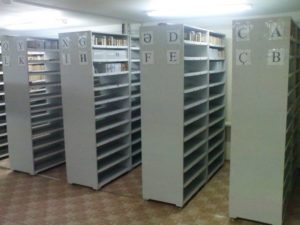 Significant progress has been made in staffing the library with special publications, bringing the total volume of the fund to twenty-two thousand copies. 4,976 books published by the decrees of the President of the Republic of Azerbaijan were presented to the library.

Used and expired discs are copied from the original to new copies in the library’s recording studio and added to the background for reuse. The Republican Library for the Visually Impaired is equipped with modern equipment. As a result, augmented copies of the “speaking books” are donated free of charge to central library systems in the regions or to local branches of the Society for the Visually Impaired.

The library works closely with the Republican Society of the Visually Impaired. At regular events, surveys are conducted with readers with disabilities, and the wishes of each reader are taken into account in the selection of literature to be ordered.

One thought on “About us”