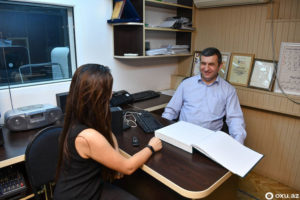 For some, darkness means only fear, but for others it simply means the absence of light, the absence of sunlight … Fear of the night embraces a person who looks at the world of light from infinite darkness. Those who see the light, the bright side of the world, worry only about their inner darkness.

What about those who come from darkness to darkness?

According to AzEdu, Oxu.Az employees visited the library of “readers” with their ears and hands, organized by “those who light a candle instead of cursing the darkness.” 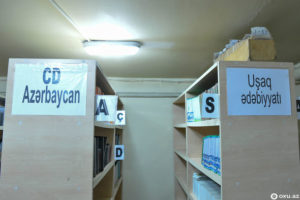 The library, located next to the Ganjlik metro station, was a bit stuffy because it was in the basement of the building. As soon as we entered, we were met by Tofig Balaev, deputy director of the library.

He introduced us to the conditions created in the library, reading room and bookshelves. Most of the books in the library were written in braille, but most are written in Cyrillic. Oddly enough, teacher Tofig said that this book will be gradually transferred to discs:

“Most of the books you see here are in Braille. Several copies of each have been published. Other books will be written in braille. Pupils, students and seniors can contact our library and use books. We are preparing a book project for the visually impaired. Volunteers help us in this work. ” 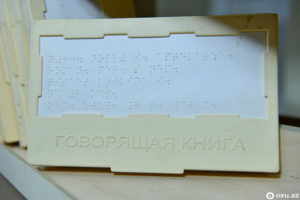 Tofig Bay told us all this by visiting the library rooms. He treasured the library so much that it was his own home, not his place of work.

The Republican Library for the Visually Impaired was created in 1981 at the Society of the Blind. The only library for the visually impaired in the country has been transferred to the Ministry of Culture since 1994. Today, the ministry provides the entire material and technical base of the library. The library has thousands of members. The library also directs a number of books to regional libraries to educate people with visual impairments in these areas.

According to Balaev, the library has more than 10,000 books: 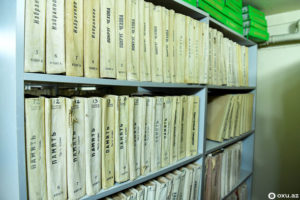 “We are preparing these books in three forms – cassette, CD and braille. The fund has books in Azerbaijani, Russian and Turkish. The library has a small studio where recordings are made. We often make announcements and appeal to volunteers. Based on these appeals, we select young people with voice and free pronunciation. They read various books from local and foreign literature.

In the library, we also saw the book “The Holy Quran” in seven volumes, prepared in Braille.

Balaev says the book was presented to some readers.

According to the deputy director, most library staff, including readers, have vision problems. It employs about 20 people. A few people just watch the registration process.

In the library, two volunteers stood in line to read a book. They were tied here by friends who died prematurely. 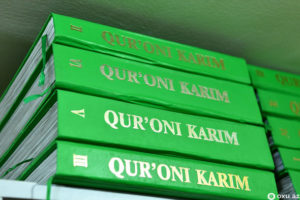 Although Parvin Mammadova is an English teacher by profession, she pronounces pronunciation very well. Parvin Khanum, who read Aziza Jafarzade’s book Remember Me, says she really likes this work:

“I am very glad that I can help people in any way. Our path from here, in fact, was not so difficult until recently. Unfortunately, we lost a friend who introduced us to this place in a car accident. Here was a book that he read, and its length was 33 pages.

Since there is nothing left of him, we want to perpetuate his voice and forgive him in the background and continue this work in the series. I hope that other volunteers will join us in this work. “

Aghshin Ashurov says that the library reminded him of both happy and sad moments at the same time. He says he is here to perpetuate the voice of a few hours left by his friend:

“The library had an announcement of visually impaired for voluntary sound. We also wanted to apply and test ourselves. I do this because I owe it to myself. My friend read the book of Karagan “Evacuation”. The book was 33 pages long because it did not die. It is important for me that his voice remains in the background. He really wanted to help people with hearing loss.

I will do my best to make this wish come true. I encourage everyone to join these announcements. I want to improve the location of the library, as well as its conditions. “

We slowly say goodbye to the library. It is difficult to express our impressions in words. But we hope that the next time we come here, we will face much better conditions. Although we do not meet with readers in the library, our conversations with employees give us reason to say that disability cannot be a restriction for a person. Even if we cannot see, we can achieve great success in life if we want. 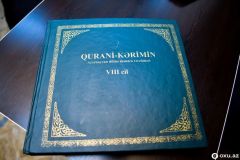 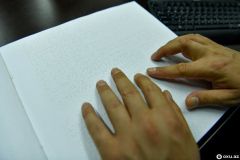 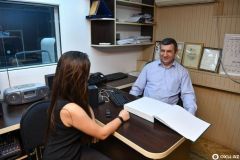 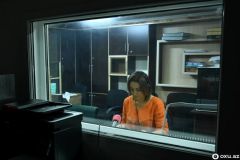 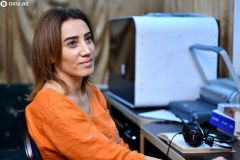 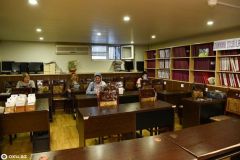 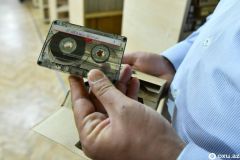 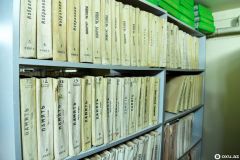 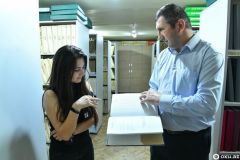 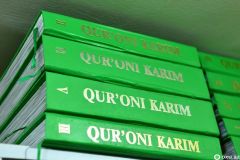 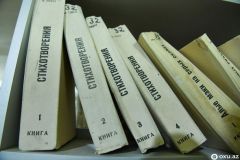 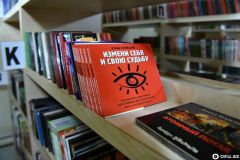 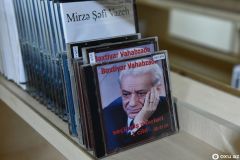 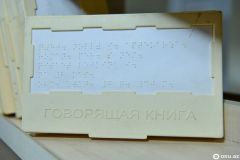 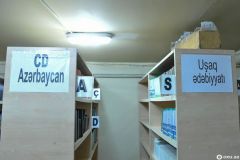 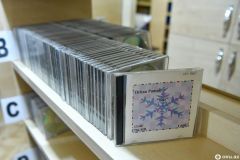 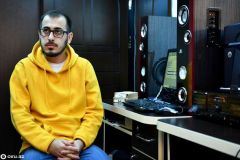